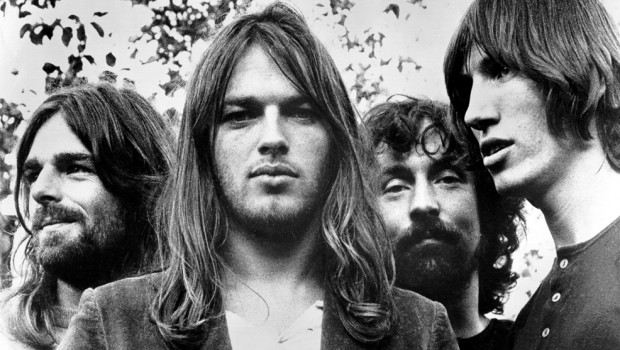 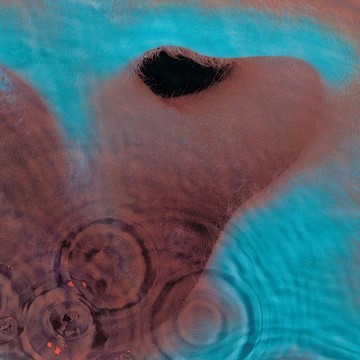 After various experiments, from the psychedelic of The Piper at the Gates of Dawn and Saucerful of Secrets, the soundtrack for the film More, the double electro acoustic Ummagumma and the neoclassic Atom Heart Mother,at their 6th album, Pink Floyd offer their more powerful music to date. Meddle was released at 30 October 1971. It was produced between the band’s touring commitments, from January to August 1971. Meddle is generally considered more cohesive than its 1970 predecessor Atom Heart Mother. The band was starting to find its songwriting groove and this record contains flashes of greatness and the beginning of the ‘Floyd sound’. David Gilmour himself once remarked that Meddle was Pink Floyd’s first true album. Though this is their fifth post-Barrett effort, it is musically light-years ahead of any of its predecessors, (besides Piper…), and in those recordings , it was clear that the band was anxiously searching. Meddle is Pink Floyd finding itself.

Perhaps the most wonderful thing about Meddle is the fact that the band was truly functioning as a ‘band’ here. Everyone’s talents can be clearly heard, and no one shouts anybody else down. Although many of the group’s later albums would be unified by a central theme with lyrics written mainly by Roger Waters, Meddle was a group effort with lyrical contributions from each member.

The side one has 5 tracks. The album kicks into gear with the savage instrumental One Of These Days, it was probably Floyd’s ‘hardest’ number to date. It follows with the gorgeous ballad, A Pillow Of Winds, made up of acoustic guitars and sparse bass, with Gilmour’s tranquil vocals. Roger Waters‘ anger and paranoia, don’t yet rule the day, there is profound beauty here, on San Tropez, while the eccentric track Seamus, with its barking dog, actually reveals a sense of humour. And then there’s Echoes on side two. The album’s final piece, maybe one of the best Pink Floyd songs.  Fourty-two years later, this epic sound journey stands as one of the band’s greatest achievements. Every element that would become synonymous with Pink Floyd was crystallized in this one phenomenal song. Swirling, bubbling keyboards and liquid guitar lines mix with floating vocal harmonies and a dynamic rhythm section to move the music through several dramatic and powerful moods. The vocal harmony of David Gilmour and Richard Wright is mesmerizing. Without question, this song contains the best verse Mr. Waters ever wrote: “Strangers passing in the street, by chance two separate glances meet, and I am you and what I see is me. And do I take you by the hand, and lead you through the land, and help me understand the best I can?”

Meddle was greeted enthusiastically by fans and critics and achieved 3rd place in the U.K. In the U.S., it did not pass the 70th place. According to Nick Mason, this was partly because Capitol Records did not promote the album with enough publicity. 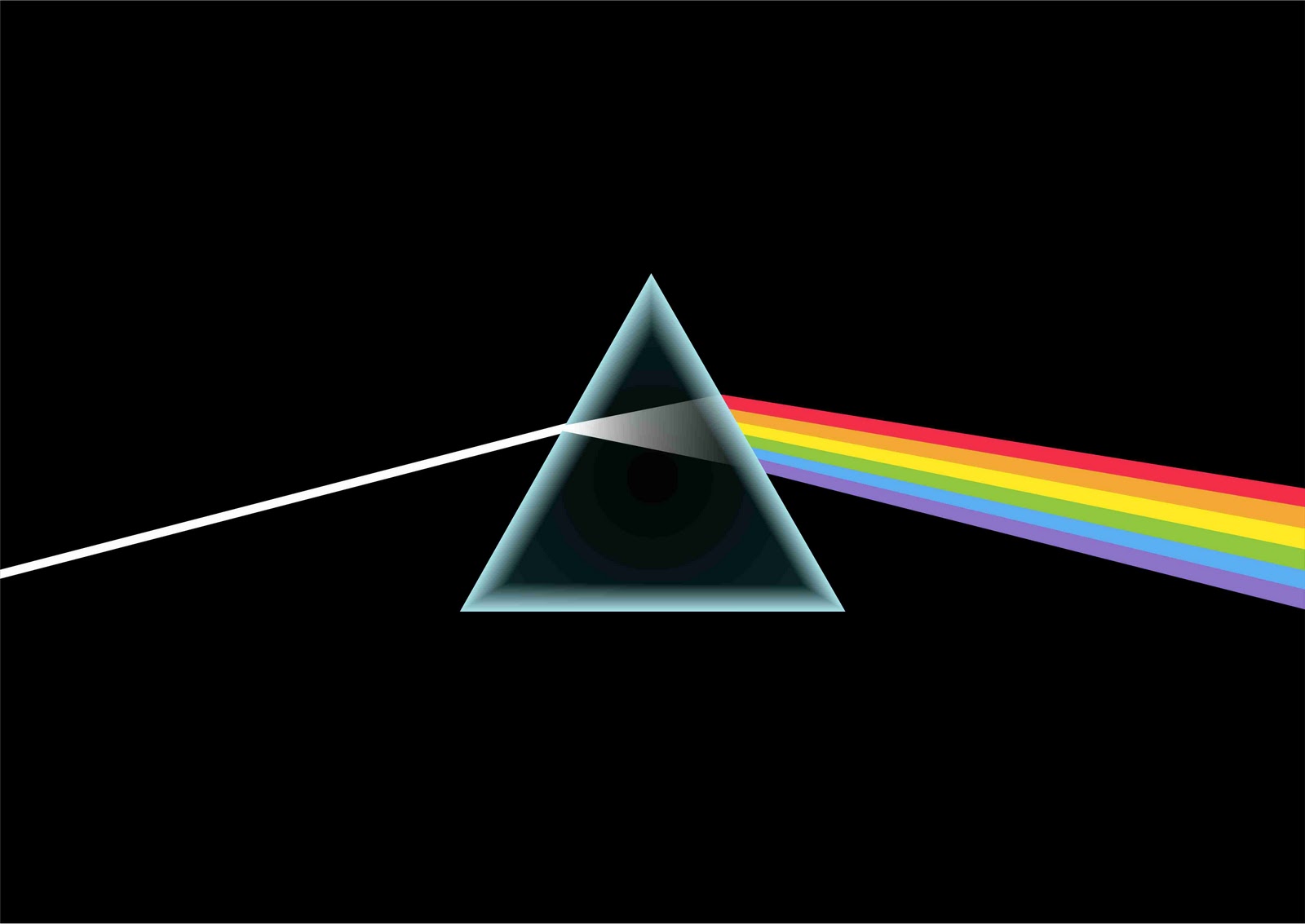 ‘ I’d love to put myself in the role of a person who has never heard this album … put a headset and hear it first … must be a wonderful feeling …’ (David Gilmour in an interview in 2003).

I don’t know where to begin, this album is too much perfect…ok let’s go to the facts! After the very underrated Obscoured By Clouds, Pink Floyd will climb to the pinnacle in Dark Side of the Moon.  It’s a jewel of studio work, a real masterpiece at all levels: the sound , the design ( the iconic cover by Hipgnosis created as a result of a request for a ‘simple and bold’ drawing) , the quality of the tracks, the lyrics (Roger Waters had already written the lyrics of Echoes on Meddle, but is in Dark Side of the Moon  that his genius finally stands out). I mean, everything is perfect here! Pink Floyd will never do this again, it’s a kind of mission impossible indeed, and the success is thunderous, with Money being the first single since Ummagumma from 69. Dark Side of the Moon has the record on the American charts, that has to be measured …in years (14 years), or if you prefer, 741 weeks!

Pink Floyd toured the bulk of Dark Side of the Moon in Britain for months prior to recording. The album marks a new phase in the band’s sound, with more personal lyrics and with much smaller instrumental parts, containing some of the more complicated uses of instruments and sound effects available at the time. The themes explored in there are varied and personal, including greed, mental illness, aging, death and money.

The listener is drawn in with the sound effects that precede Speak to Me/Breathe, cash registers, jackhammers, old Englishmen talking. On the Run is best described as a series of meaningless and random synths and sound effects, and it mesmerizes you. This song seems to capture the anxiety of everyday life. The sound of masses of clocks all chime in at the same time, hits you, Time has begun! This song is entirely in another league! The brilliant guitar solo, the use of synthesizers, the strong jazz influenced bass, Dave Gilmour‘s distinctive vocal style – not to mention about one of the best guitar solos by Gilmour. Just take a look to this incredible lyrics:

“Ticking away, the moments
That make up a dull day,
Fritter and waste the hours
In an offhand way.” :

…”You are young and life is long and there is time to kill today.
And then one day you find ten years have got behind you,
no one told you when to run, you missed the starting gun”

The emotional high point of the record is The Great Gig in the Sky, a very moving instrumental which features female backup singer Clare Torry’s vocals. It is both haunting and outstanding at the same time. Instead of singing, she turns her voice into an instrument, while performing a solo with enough passion and soul. Richard Wright shows all his skills and technique in a beautiful sequence on his keyboard.

The cash register at the beginning makes the song recognized in every corner of the planet, along with the most remarkable bass line of the history … Each note penetrates your mind and it’s impossible to forget. The song is sung with satirist and critic air by Waters, then a sax very well placed (worthy of the best jazz works), until ending in an explosion of sounds: saxophone, guitar (another great solo by Gilmour), drums and bass coming together perfectly.

Us And Them deals with the conflicts of life . The music  is depressing. Speaks of the isolation of people and empty relationships. It has a very beautiful saxophone solo. Pink Floyd is working on a whole other level here.  Any Colour You Like is by far the most extravagant song. Syd Barrett, the tormented genius of our time , is the protagonist mentioned in the track Brain Damage –  “and if the band you’re in starts playing different tunes”

There is a strong philosophical presence within the lyrical content of this album, and it’s most evident in the album’s finale, Eclipse. It’s a great song, a fine “grown up” even to close an album.

There is no dark side of the moon, really. Matter of fact it’s all dark. The only thing that makes it look bright is the sun”

This end of the album is from a surreal beauty … Dark Side of the Moon is quite capable of being the best pop rock album of the twentieth century, it is certainly in my top 5! 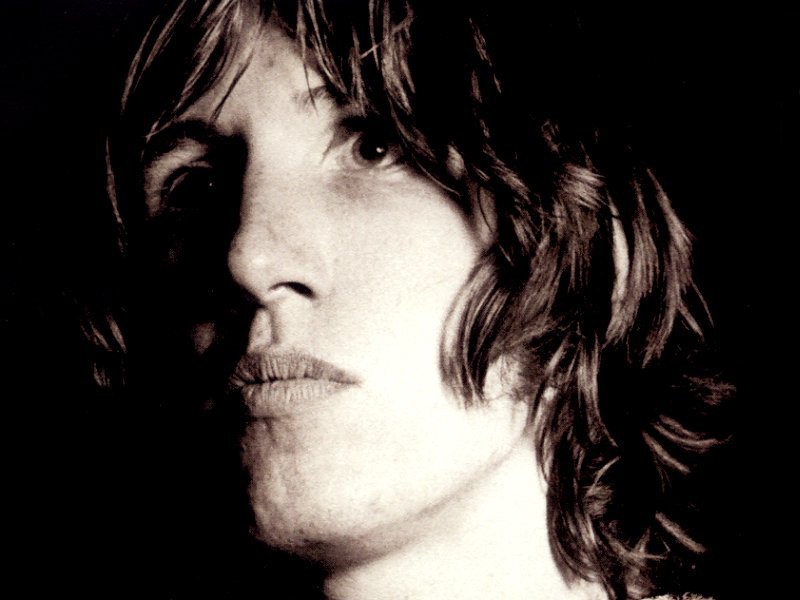 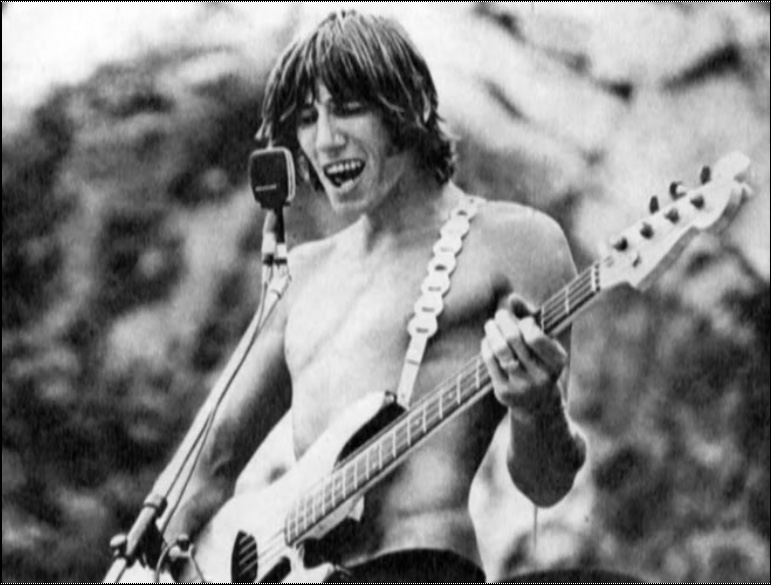 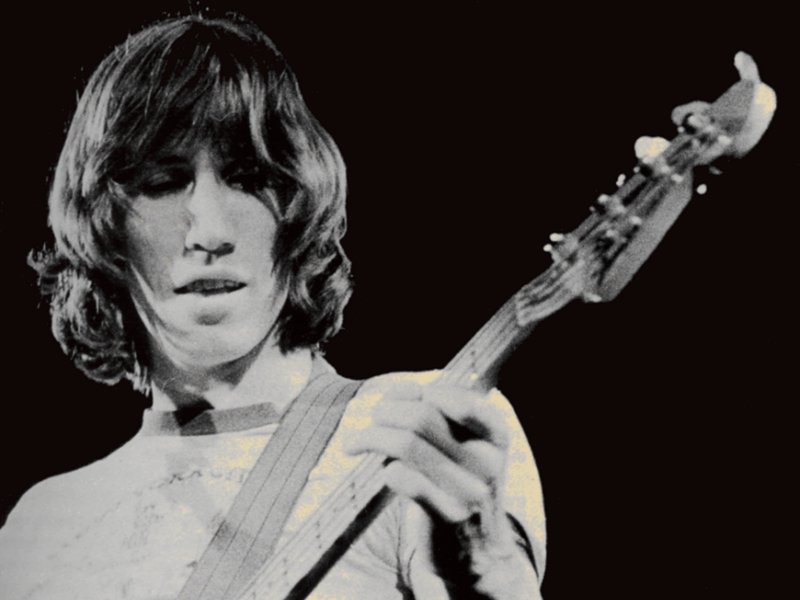 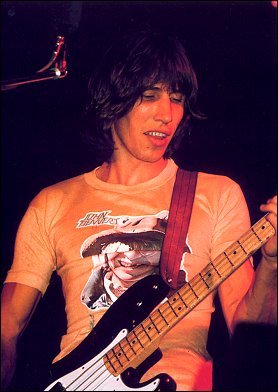 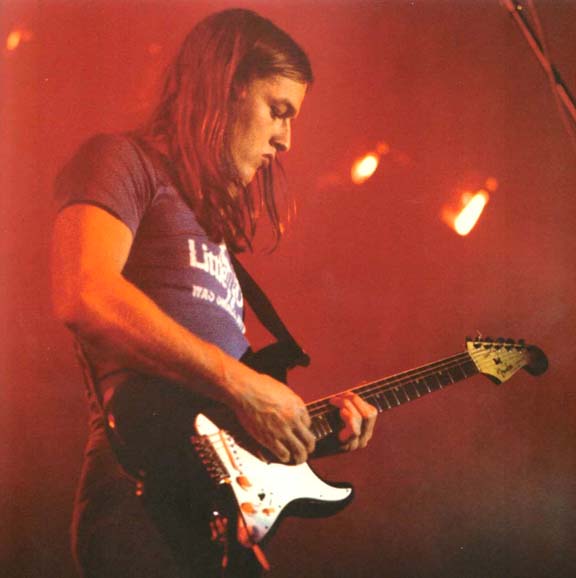 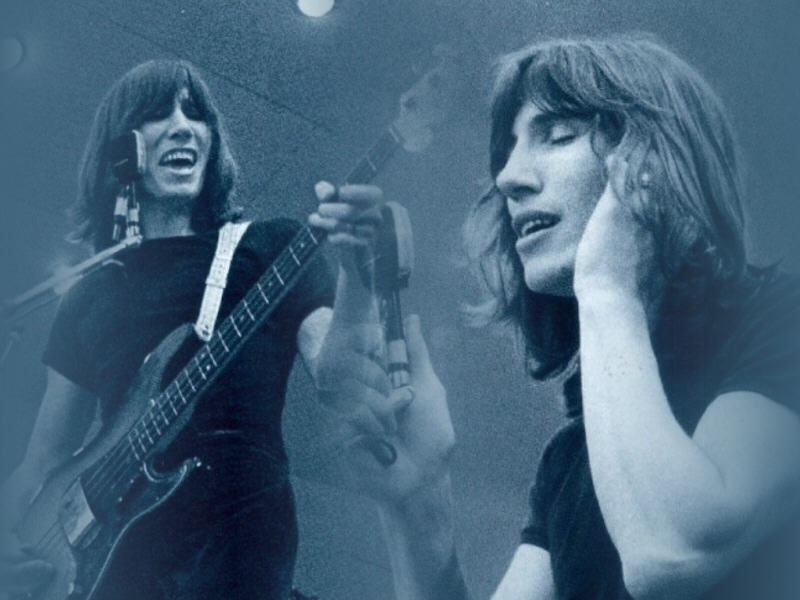 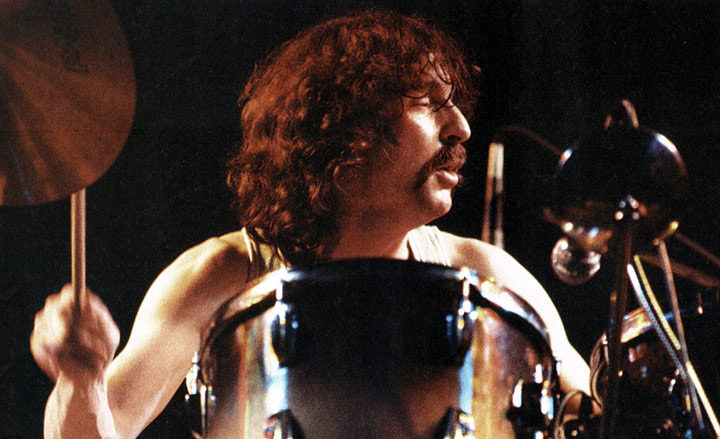 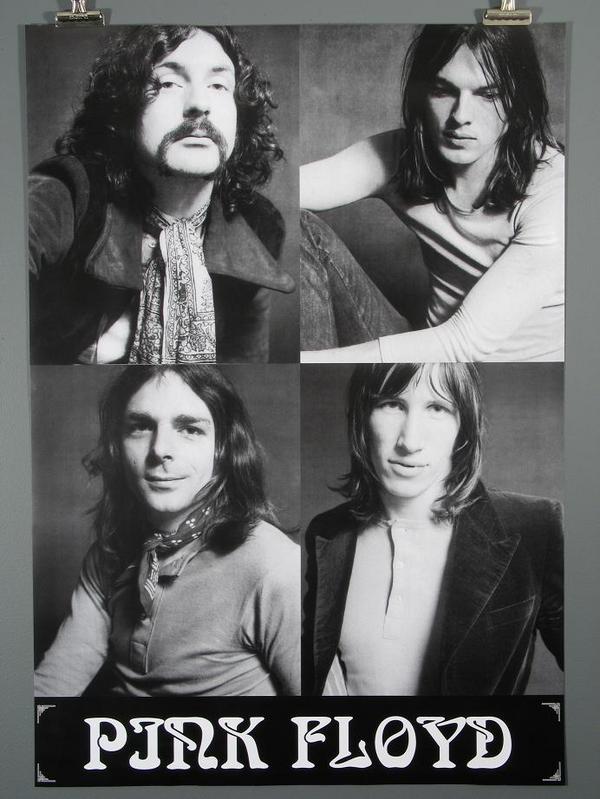 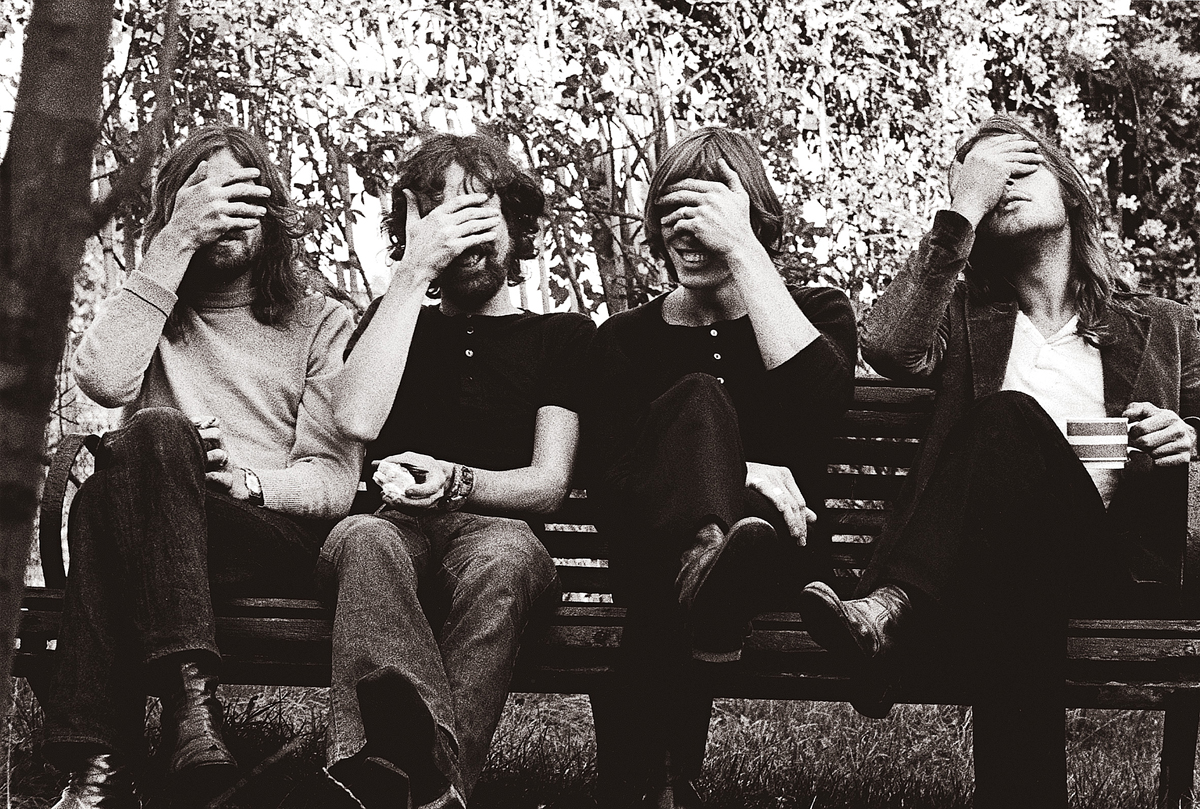 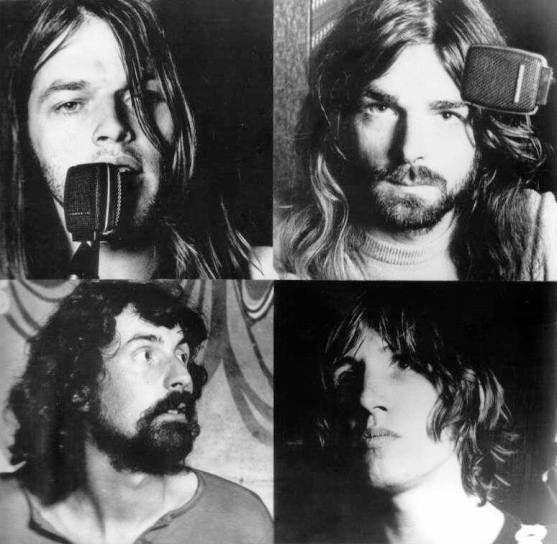 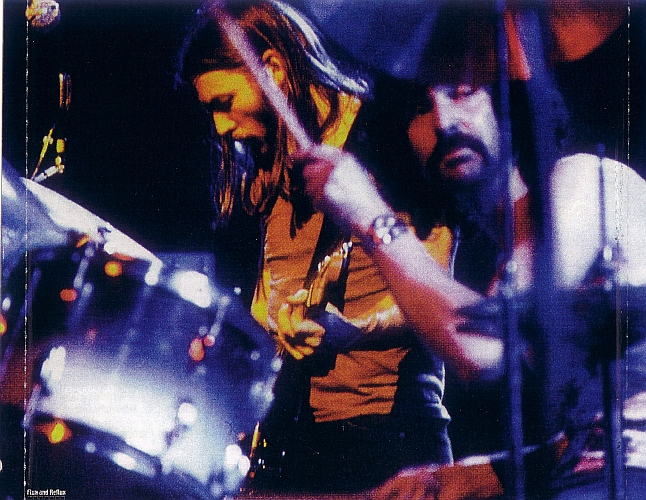 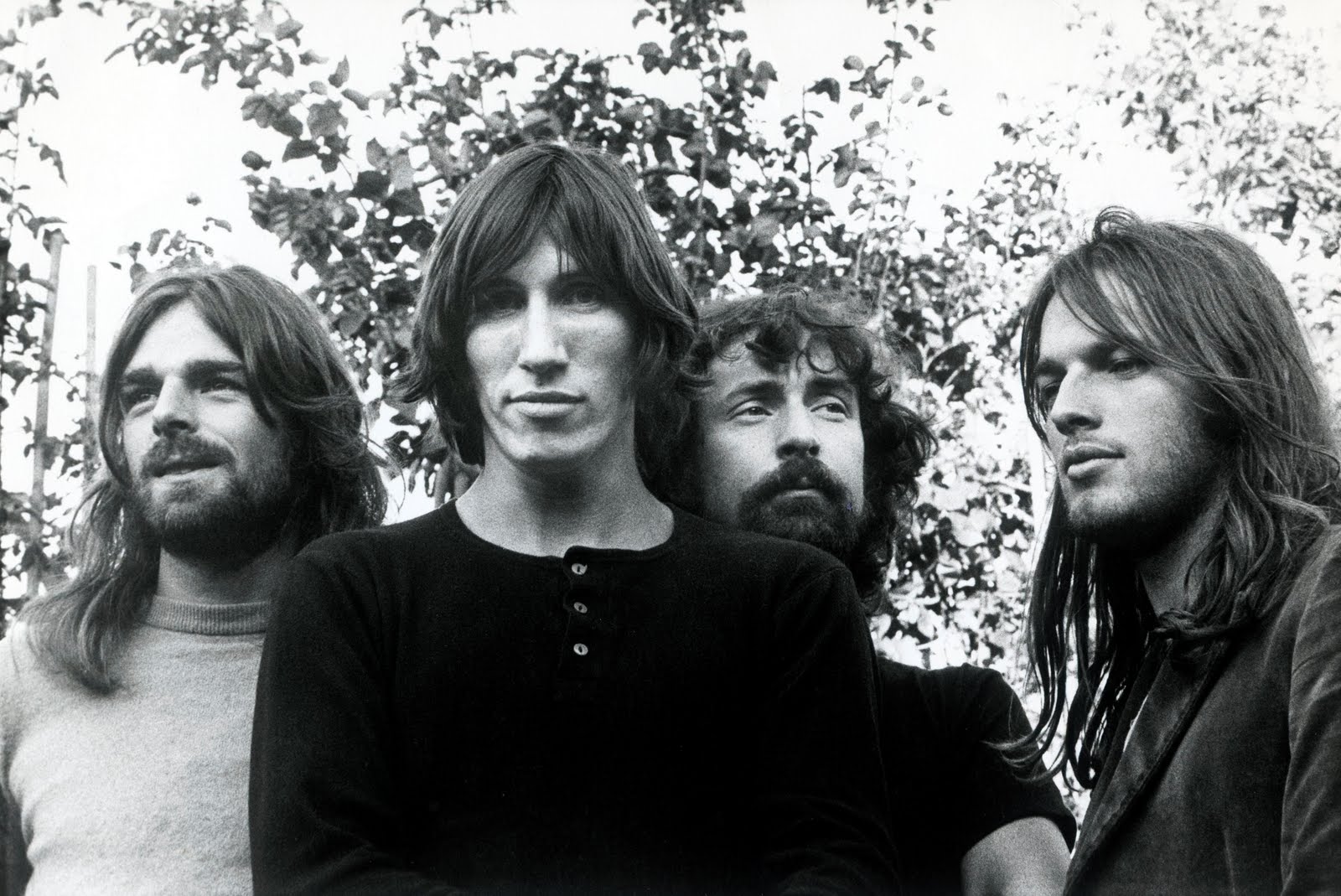