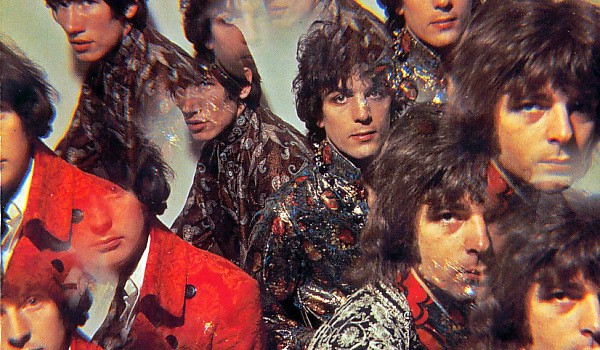 In Cambridge, London, by the end of ’65, Waters, Mason and Wright joined up with Barrett – who would become the band’s songwriter, lead guitar player, lead singer- and after several changes,  they formed Pink Floyd, named by Syd Barret, in honor of blues’ musicians Pinkney ‘Pink’ Anderson and Floyd Council. In 1966, under Barrett’s guide, Pink Floyd would start out to become a psychedelic band, after an incursion on R&B territories. Pink Floyd’s hallucinatory presentation of lights and music at London’s Roundhouse in 1966, brought psychedelia to the U.K. scene. The group carried rock and roll into a dimension that was more cerebral and conceptual than ever. 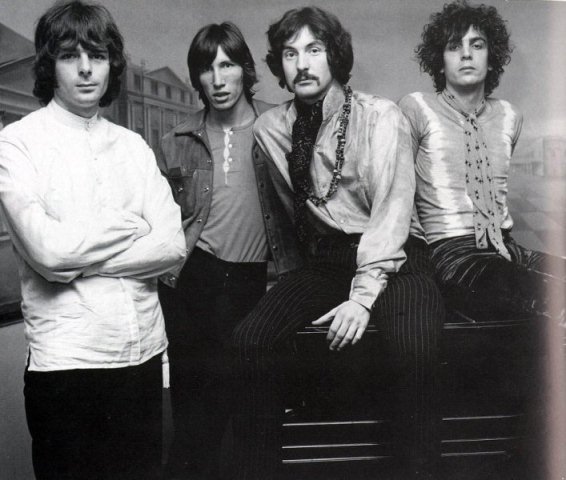 In ’67, their debut album The Piper At The Gates Of Dawn was released, heavily influenced by the recently release of Beatles Sgt.Peppers Lonely Hearts Club (Piper... was recorded simultaneously with Sgt. Peppers in the Abbey Road Studios, and the members of the two bands met regularly to talk about music trends). The title of Pink Floyd’s debut album is taken from a chapter in Syd Barrett’s favorite children’s book, The Wind in the Willows. The band released several singles before that, like Arnold Layne, which is about a transvestite, and See Emily Play, both composed by Syd Barrett. Among the highlights of Piper… was the centerpiece 10th minute long Interstellar Overdrive, wich features the best non-David Gilmour guitar work of the band’s career. The tension between the Syd’s mind and the rest of the band, that were pushing the sound to a spave travel, results on the baroque Matilda Mother and the jazzy Pow R Toc H. Those songs were just a teaser for what the band would become, this kind of sound would later surface in songs like Set the Controls for the Heart of the Sun (from A Saucerful of Secrets) and the group masterwork, Dark Side of the Moon. 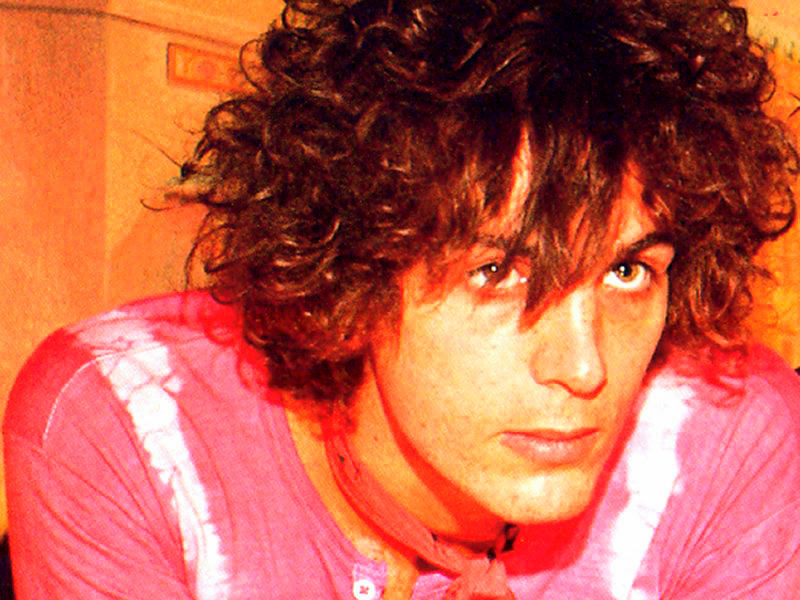 Arnold Layne become a top 20 in the British chart and See Emily Play reached number 6, which gave them the opportunity to appear on the national TV programme Top of the Pops in July 1967. With the album’s success, they began to tour, first with Jimi Hendrix. Meanwhile Barrett mental problems began to show up. Syd was a true gifted genius but he was also a step away from insanity, and as he starts to consume hard on LSD, he began to lost control of himself. On the US tour he would start to play music out of the tune and even music that wasn’t part of the band repertoire. They hired Waters’ and Barrett’s old high school friend Gilmour, as a fifth member in February of 1968. Gilmour was to take over the lead guitar. Plans would be for Barrett to stay in the band but not play live any longer. However, the five piece Floyd didn’t last long as Barrett’s mental instability grew worse and he left the band just two months later. The next album Saucerful Of Secrets contains one left song from Syd Barrett , Jugband Blues. Things soon would be changing, Waters took over most of the writing and lead vocals and Gilmour gives another presence from the guitar into the band’s sound. 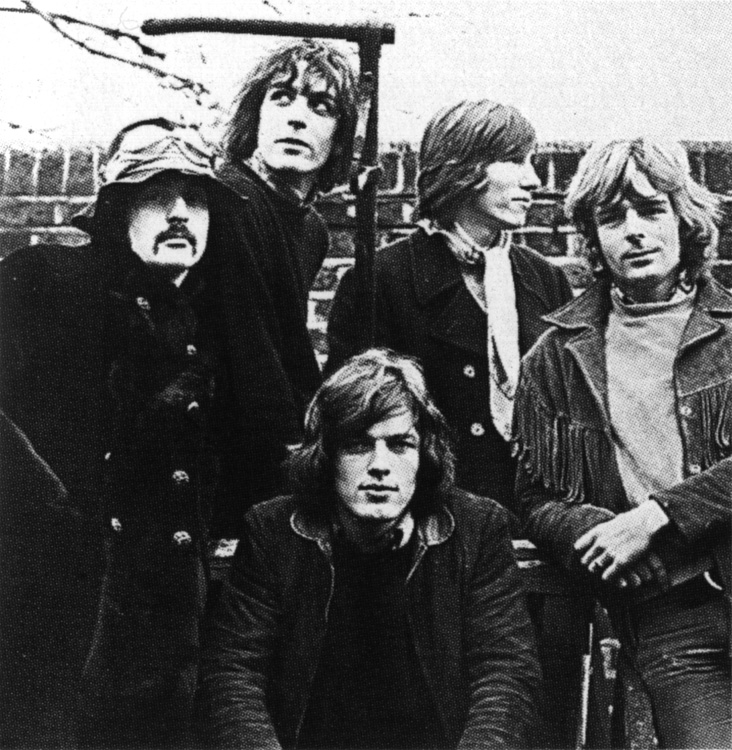 Piper was remastered and re-released on 26 September 2011 as part of the Why Pink Floyd…? re-release campaign. 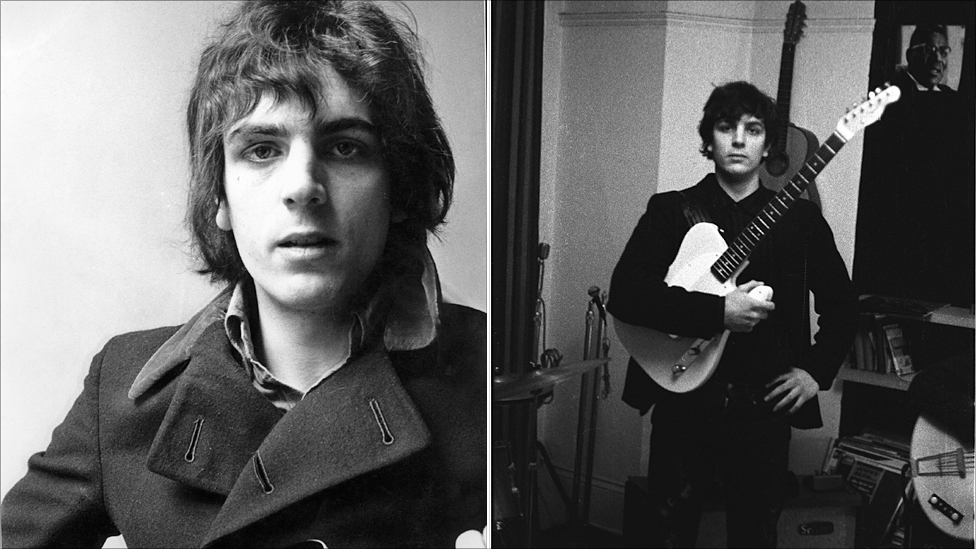 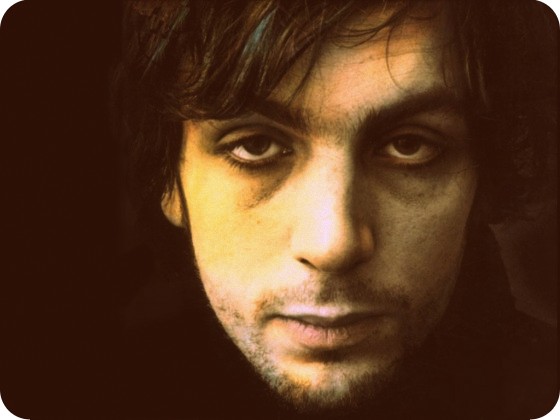 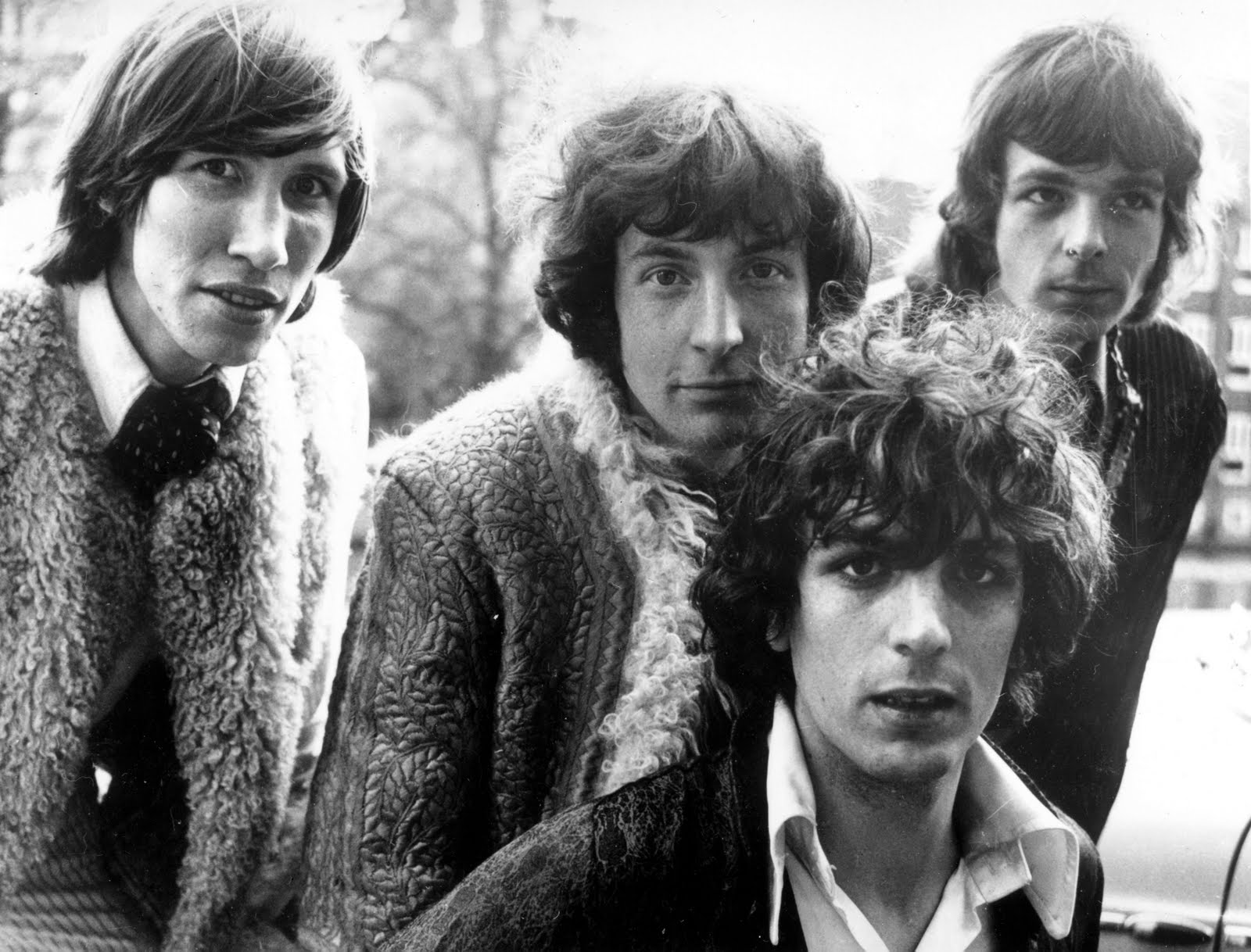 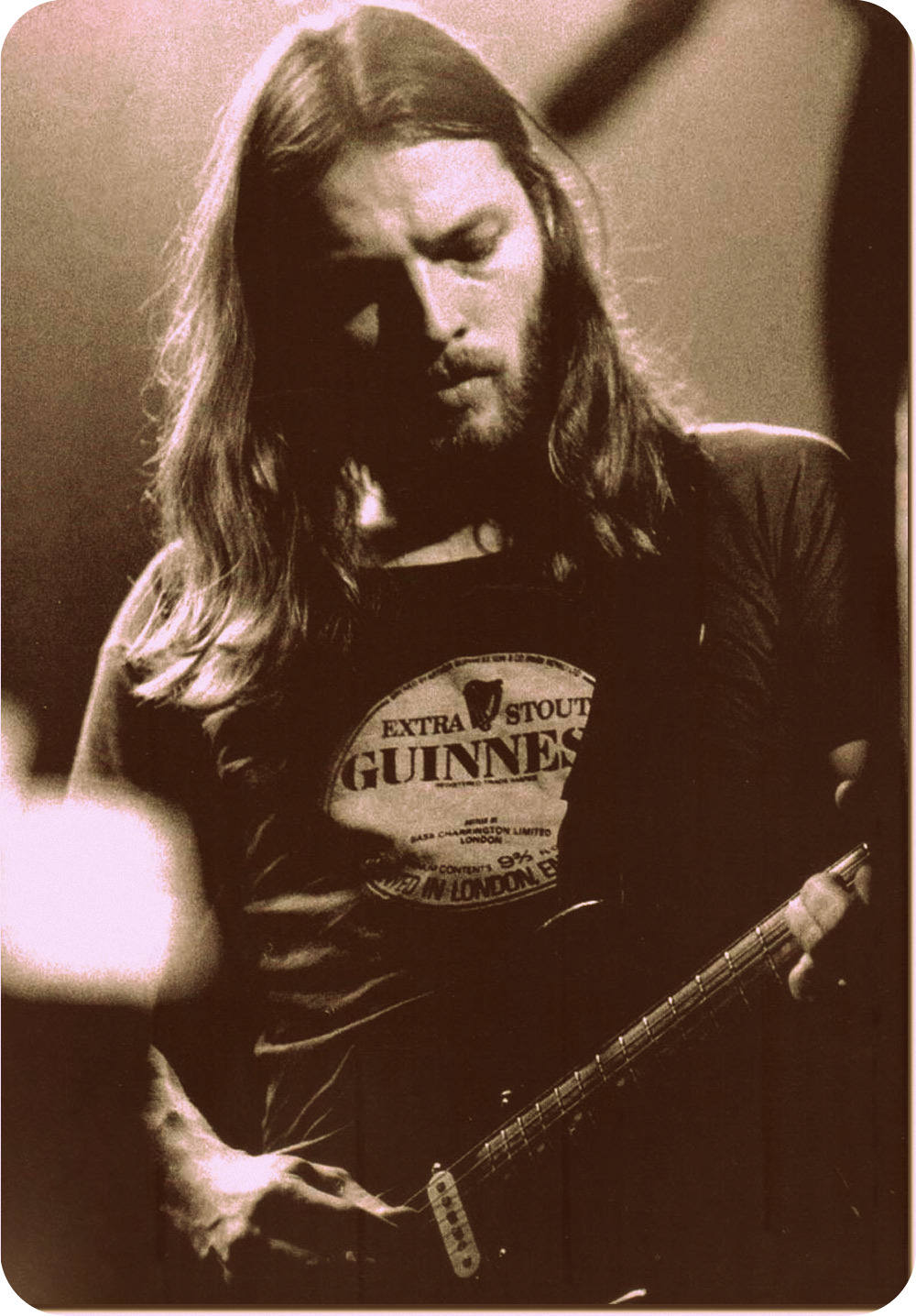 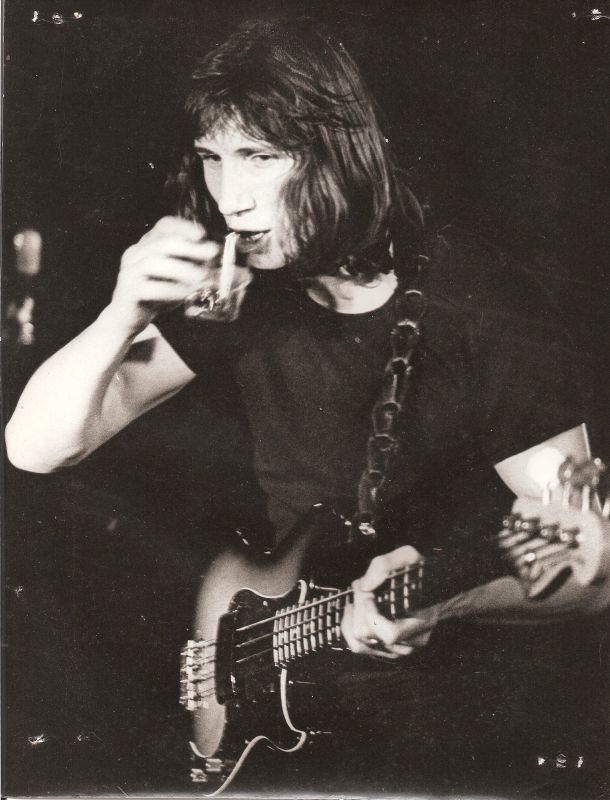 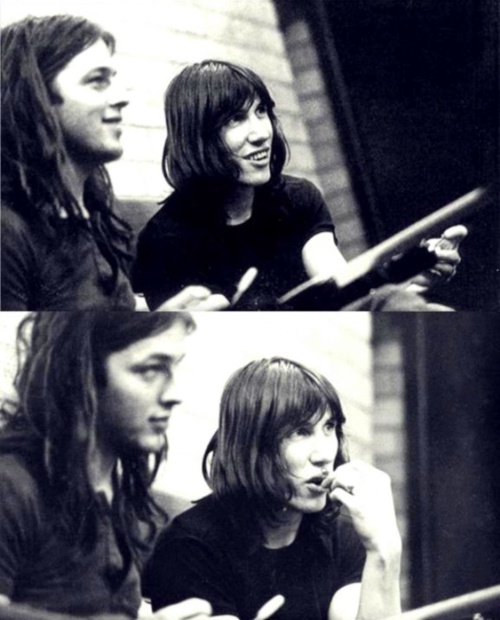