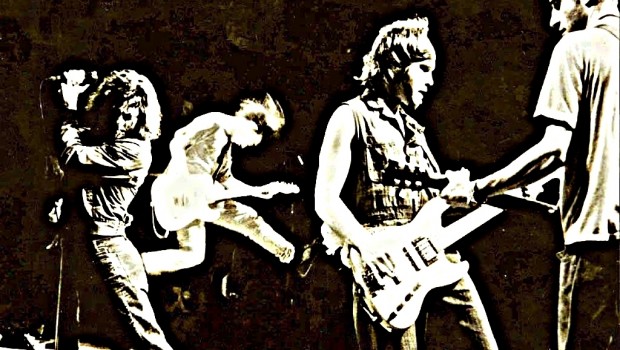 New album from Pearl Jam is compared to U2 and Pink Floyd by guitarist Mike McCready.

Mike McCready talks about the successor of Backspacer, 2009, which will go out to the stores this year. He said to Rolling Stone : ‘I would say as a cliché answer it’s kind of a  logical extension of what ‘Backspacer’ was. But I think there’s a little bit  more experimental stuff going on. There’s a Pink Floyd vibe to some of it,  there’s a punk rock edge to other stuff ‘.

About the album recording process, Mike McCready says to GrungeReport : ‘The sessions went really well, they went very quick.  We were with Brendan O’Brien, and he was kind of whipping us into shape.  We all teamed together to bring in another section of songs, we started this project 2 years ago.  We just recently finished another 7 or 8 from that or so, we’re listening to them to see which ones are going to end up ultimately on the record.  We’re close to the end zone right now, football analogy!”  He added, “There might be a few [of my compositions] on there.  Not necessarily like ‘Inside Job,’ but there’s one I’m very very proud of.’

Remember the song Inside Job , and the recent live collaboration on stage of Eddie Vedder with Queens Of The Stone Age.