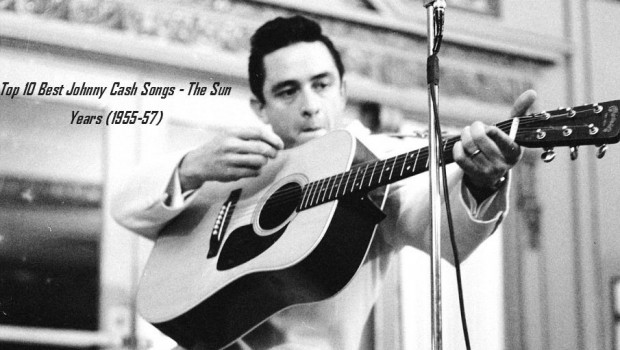 Johnny Cash is a mythical name for sure. His deep voice and black clothes gave him the nickname ‘The Man in Black.’ He traditionally started his concerts with the simple introduction ‘Hello, I’m Johnny Cash.’, maybe not the first words e told to Sun Records founder Sam Phillips, when he first introduced himself as a gospel singer.

When died in 2003, he left behind a vast legacy of recorded music spanning half a century, Cash recorded hundreds of songs, more that a thousand certainly. One of our favorite phases of his career starts when Sam Phillips sold Elvis Presley to RCA, and was looking for a substitute. Cash was one of the chosen ones alongside his friend Carl Perkins. The duo toured constantly during their time at Sun Records. Before Cash signed later with Columbia, in three short years he recorded some of the simplest but haunting Country Music ever made: ‘I Walk The Line’ ; ‘Cry! Cry! Cry! ; ‘Folsom Prison Blues’ ; ‘Hey Porter’, ‘Get Rhythm’, among other gems. Everything is recorded with rare sobriety (his incredible gravelly voice appears sometimes accompanied only by his guitar and the Tennessee Two), and an incredible depth of his music. In his early days at Sun Records, he walked the line between rockabilly and country, illustrated perfectly how much Rock music owes to the Country music.

Released as a single in 1958, it went as high as #4 on the Billboard country music charts and stayed on the charts for 14 weeks. This song was later covered by numerous artists such as The Grateful Dead, Bob Dylan with The Band and Hank Williams, Jr.

The song tells the story of a “small town girl” who loved the boy next door . She was taken to Hollywood by a movie scout where she became famous, leaving the boy. ‘Ballad of a Teenage Queen’ is a country song written by Jack Clement and recorded by Johnny Cash for his 1958 album ‘Sings the Songs That Made Him Famous’. The song hit number one on the US Country charts and number 14 on the Billboard Hot 100.

This 1958 single by Johnny Cash, was in fact written by country star Jack Clement. The single, a song about ‘a man struggling after the love of his life has left him’ , was Johnny Cash’s fourth number one on the country chart spending eight weeks at number one and a total of twenty-four weeks on the chart.

First recorded by John Lomax in 1934 was later popularized by Lead Belly. Many versions have been recorded by other artists, including Johnny Cash where he released it as a single in 1958. Later was again a single on the album Rock Island Line (1970),reached #93 (US Singles Chart), and #35 (US Country chart).

Written by Johnny Cash, ‘So Doggone Lonesome’ was recorded in 1955 in the same day Johnny Cash and Tennessee Two recorded ‘Luther Played The Boogie’ and ‘Mean Eyed Cat’. Cash was a great admirer of Ernest Tubb, and wrote ‘So Doggone Lonesome’ with him in mind. Some of Cash’s recordings were written with a certain artist in mind, including ‘Get Rhythm’, originally written for Elvis Presley.

Written and recorded by Johnny Cash, is about optimism, centering on a shoeshine boy who ‘gets rhythm’ to cope with the tedious nature of his job. It was released in 1956 as the B-side to Cash’s first Number One hit, ‘I Walk the Line’. In 1969, the original recording of ‘Get Rhythm’ was released as a single itself, with sound effects dubbed in to simulate the sound of a live recording.

Was his first single, written back in ’55 to be a A-Side to ‘Hey Porter’. Thirty-five takes later, the song eventually spent one week in the Country charts.

Written during his army years, the lyrics were published as a poem by the serviceman’s magazine Stars & Stripes. Cash told that he played this number while auditioning for Sam Phillips.

Johnny’s first big hit made number 17 in ’56. The story behind the song his curious. In Germany for accident , Cash’s tape recorded played a tune backwards. Later about this track Carl Perkins persuaded his friend not to call the song ‘Because You’re Mine’.

His second single attained Top 5 Country chart status in early ’56, but it is the live recording from 1968’s ‘At Folsom Prison’ album that made the song iconic and the line, ‘But I shot man in Reno just to watch him die’. 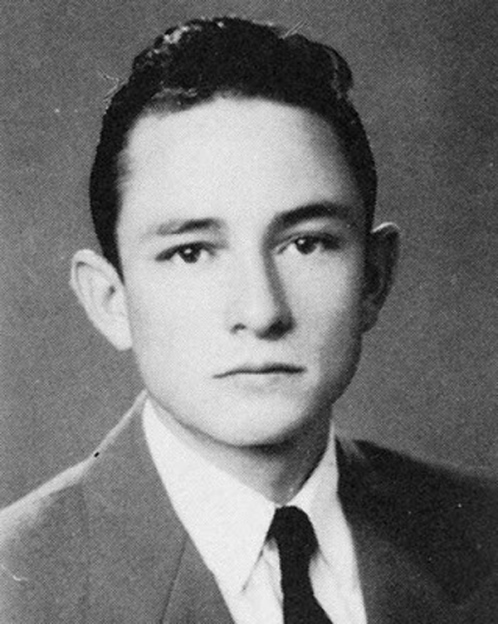 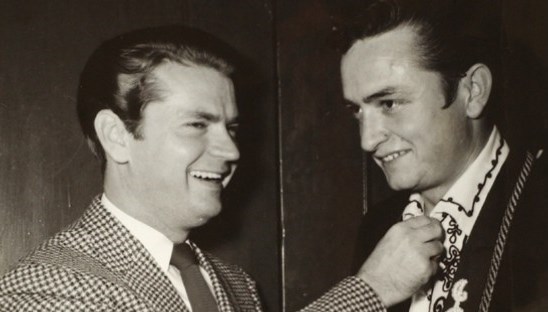 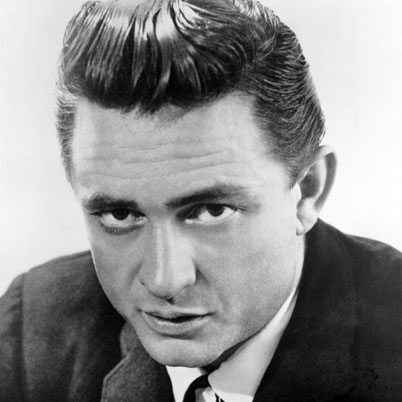 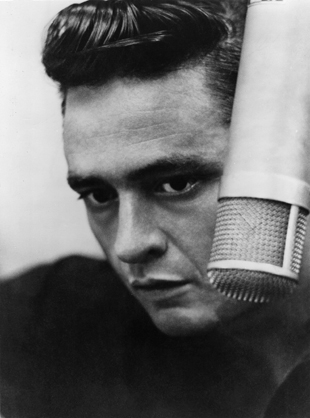 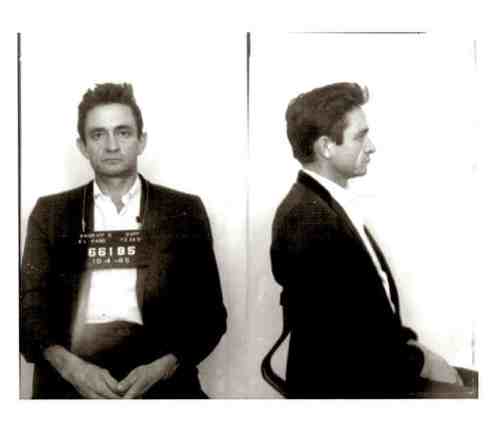 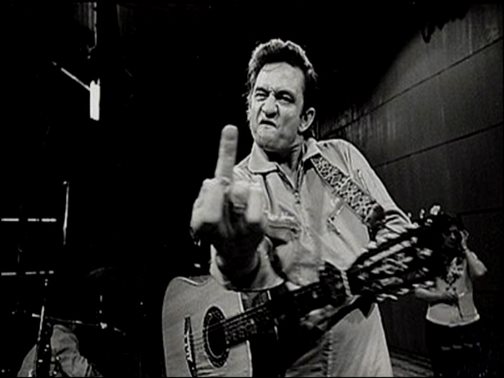 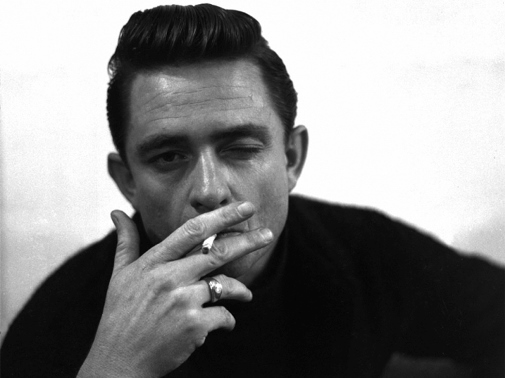 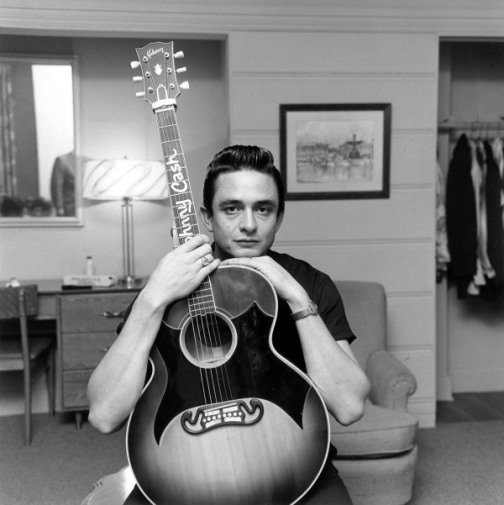 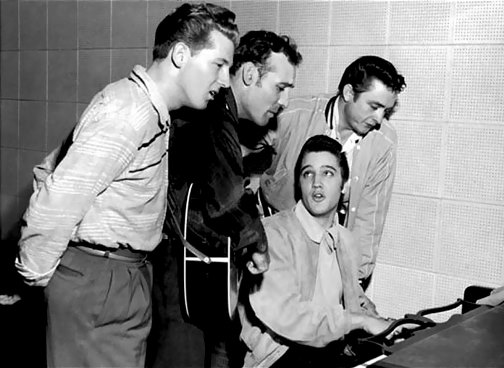 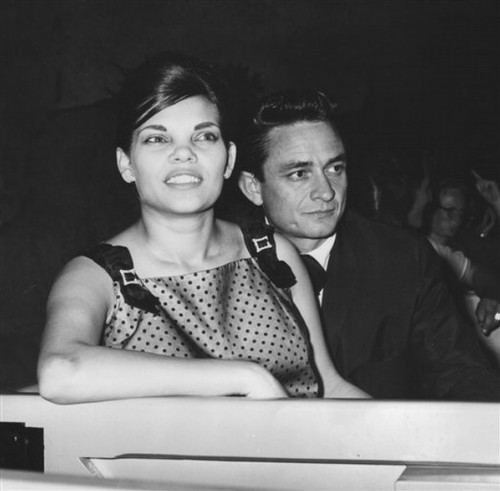 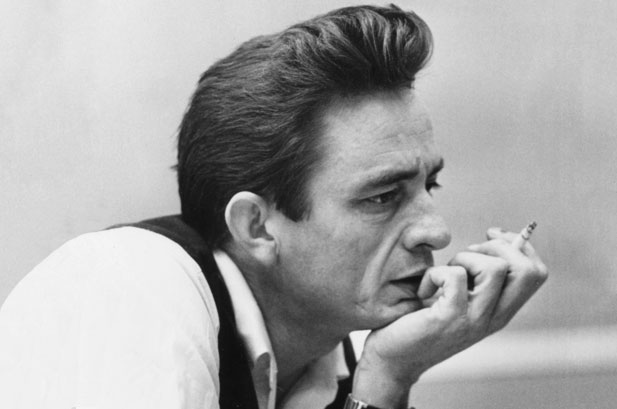 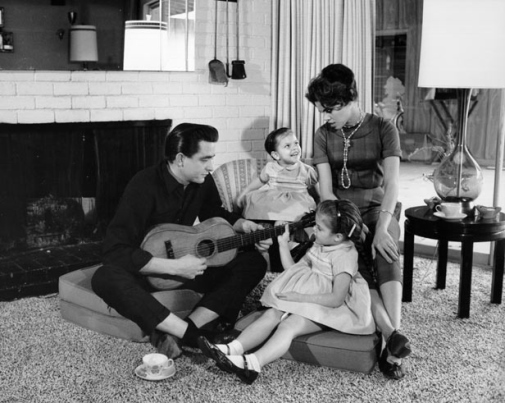 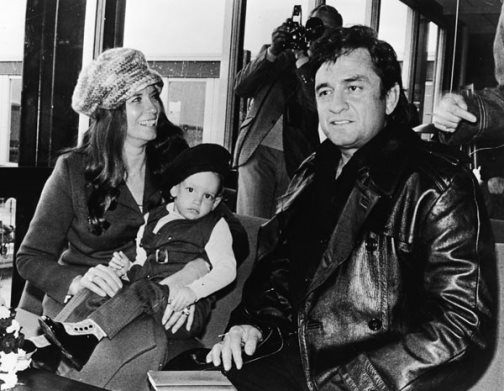 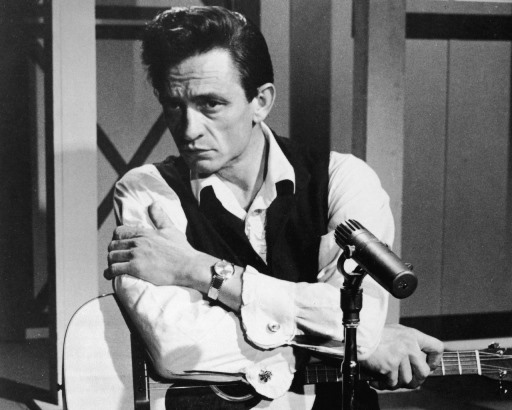 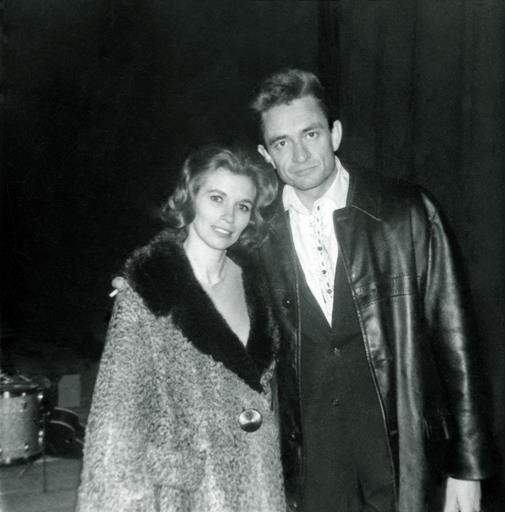 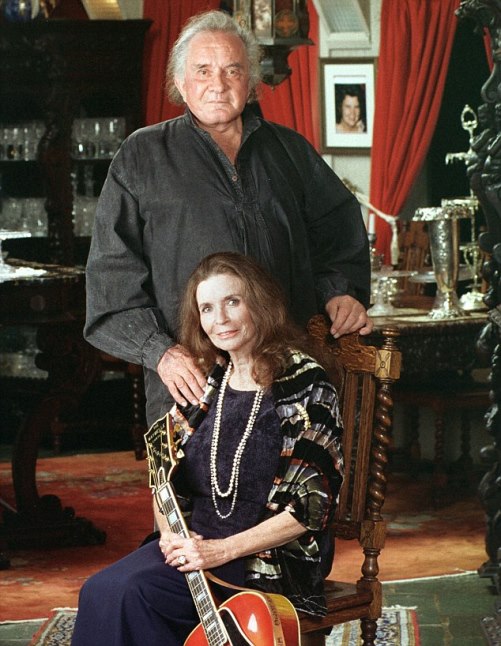 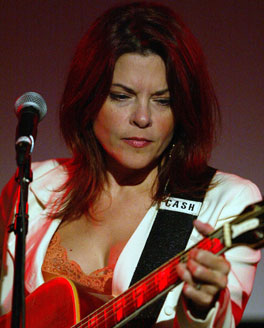 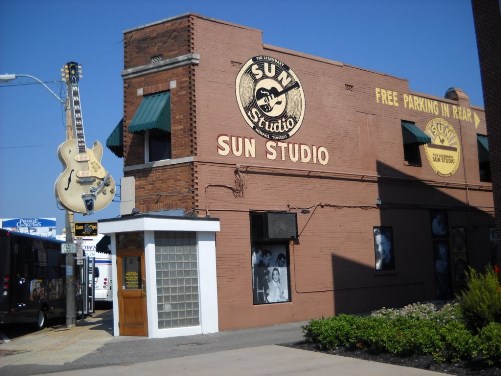