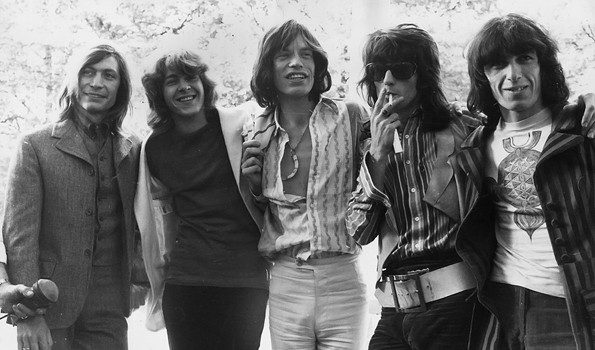 In a very important year for The Rolling Stones – after all it’s not every band that celebrates 50 years of career – comes our time to also talk a little more about this legendary band, dubbed “the greatest rock band ever.” We’ll wont paste here Forty Licks nor the latest Grrr! , but rather a list of the best songs of the golden decade of pop rock (1965-1975), and more specifically in relation to The Rolling Stones most productive period (1968-1972).

The year of 1967 was a year to forget. The Rolling Stones hit the bottom. Jagger and Richards were arrested in a court case after a very controversial drug arrest at Richards home in Sussex. Their Satanic Majesty’s Request that year was, to say at least, a shot in the foot.

In the middle of 1968, Brian Jones becoming less productive, once the leader of the band (oh…and thank you for introducing me Jimi Hendrix live at Monterey), still came in to play some songs for Beggars Banquet, but it was a shadow of the multifaceted musician who became a daythe leader of the band. Without quite knowing how, and with The Rolling Stones hanging by a thread, there it was Beggars Banquet (1968) to save the day. Loaded with blues and country influences, mostly an acoustic album, it has in Jumpin’Jack Flash (which gave first Rolling Stones number one in two years) and Street Fighting Man, two examples of frantic rock with their faultless riffs. Sympathy For The Devil is an epic with golden hands from the newcomer producer Jimmy Miller. Stray Cat Blues is pure exciting  rock. The black country blues from this album became a hallmark of The Rolling Stones well explored up to 1972 Exile album. 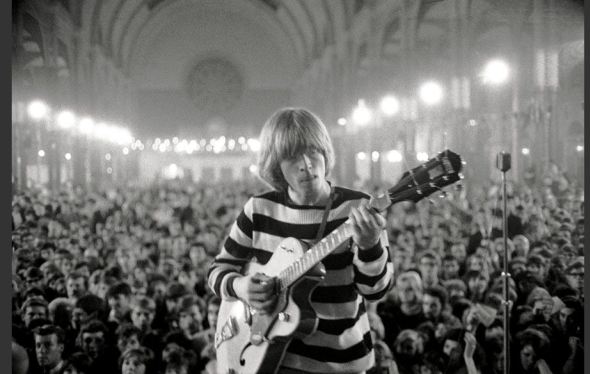 In 1969, Mick Taylor join the band replacing  Brian Jones (drowned in his own pool two months after leaving the band). Mick Taylor, a shy boy with a huge talent, soon will influence the sound of Keith Richards and the band itself. Let it Bleed is a true masterpiece, being among the best albums by The Rolling Stones, Altamont, the effect on Keith Richards was excruciating, and you can feel it on the album: Gimme Shelter a personal favorite, with the exceptional voice of Mary Clayton, the sublime Love in Vain cover of Robert Johnson, the raw rock of  Midnight Rambler and the nervous Monkey Man.  Mick Jagger himself confesses that this is one of his favorite albums. 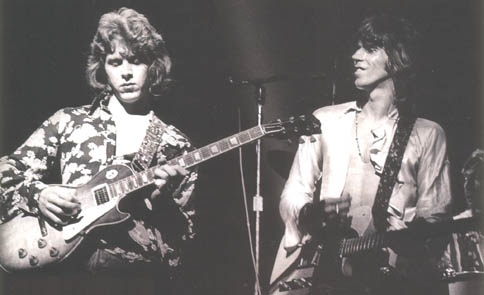 The Rolling Stones entered in the 70’s with full force, a new unique and magical sound . Sticky Fingers was the first LP released on The Rolling Stones‘ own label, the first to feature the world famous tongue and lips logo.
Brown Sugar is the opening song and the most famous from this mesmerizing album, and it is built around an irresistible guitar riff, having became a massive worldwide hit, despite controversial lyrical content. The album is full of drug references, not less explicit on the Marianne Faithfull co-write Sister Morphine . The influence of Keith Richards buddy, Gram Parsons, is felt on the album’s two country songs – Wild Horses and Dead Flowers, and even in the poignant Sister Morphine. Keith shoots here great electric guitar riffs, witch match perfectly with the ones of Mick Taylor. Taylor adds new textures to the songs as in Can’t you hear Me Knocking. 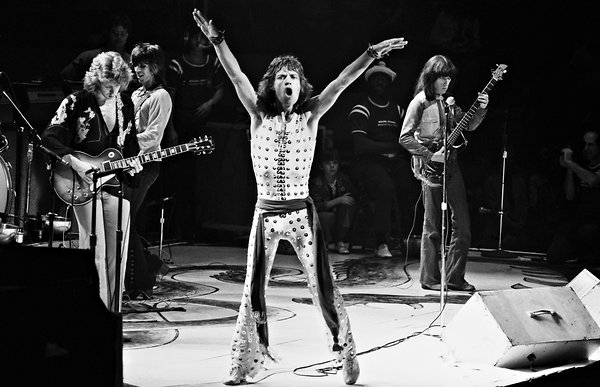 The year of 1972 saw the last greatest The Rolling Stones album (after that, there will only be good … and bad albums). Exile On Main Street was Richard’s baby. Living in France in a former Nazi army headquarters, he was under a deep toxic dependence . This album is heard like a journey through the roots of North American music, the The Rolling Stones never rolled this well again. Exile marks simultaneously the high culmination  and the ruin of their music. It contains few successes, even as a double album, but it has Tumbling Dice, speed rock like Rocks Off, Happy (Keith on vocals) and All Down The Line, rusty blues as Shake Your Hips and Ventilator Blues and country rock  at his best in Sweet Virginia, going through a very slow and powerful Let It Loose … This album is a monument, and their music is timeless. If you haven’t noticed the expression: “The Rolling Stones are the greatest rock band ever,” maybe it’s time to hear these four albums carefully! 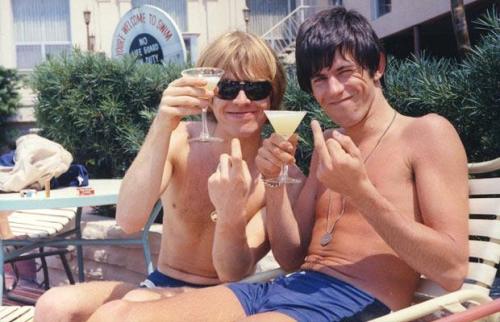 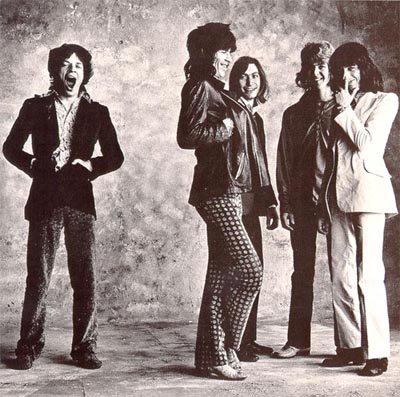 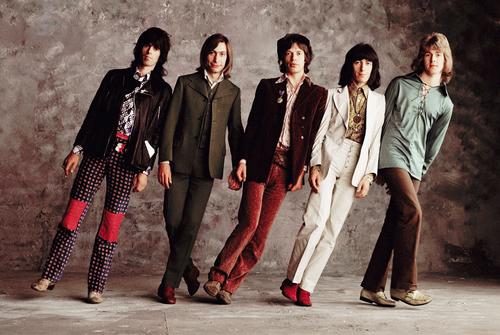 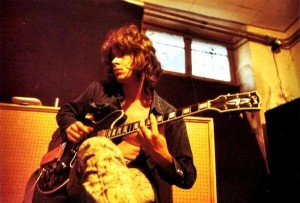 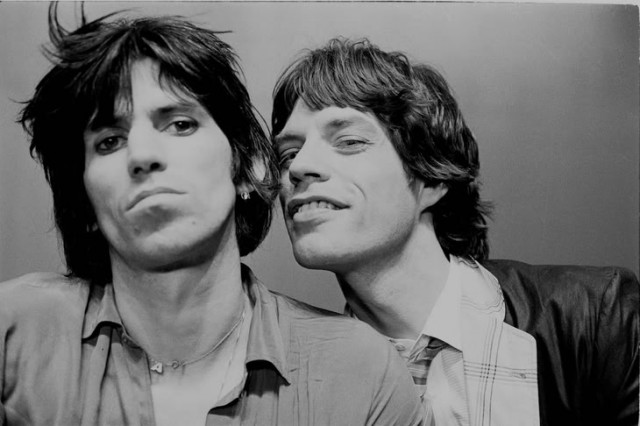 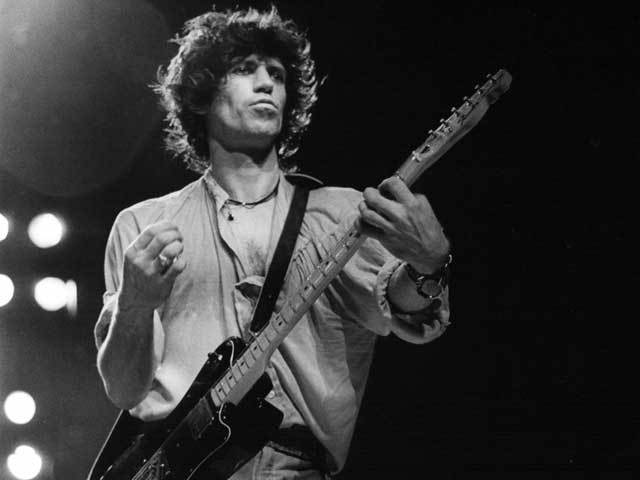 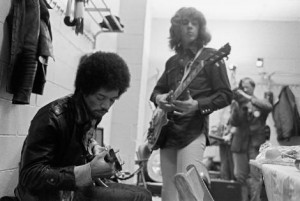 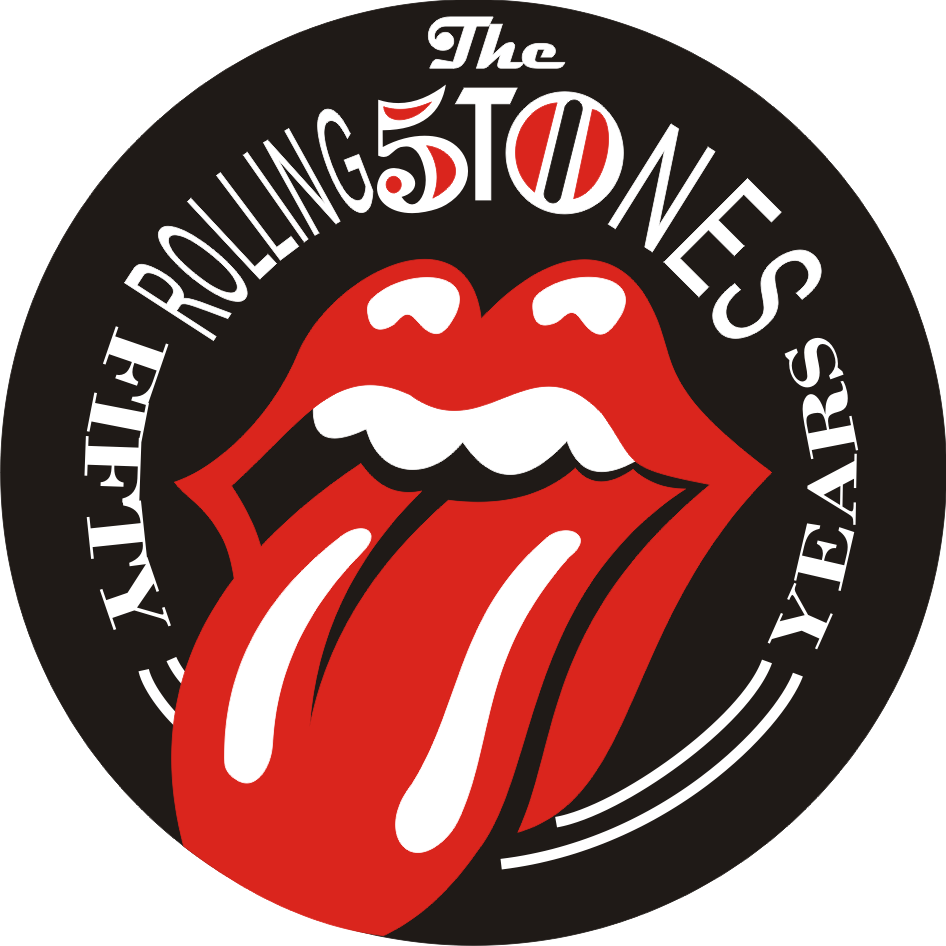 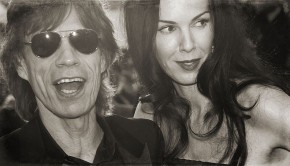 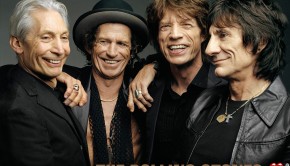 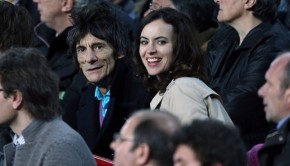