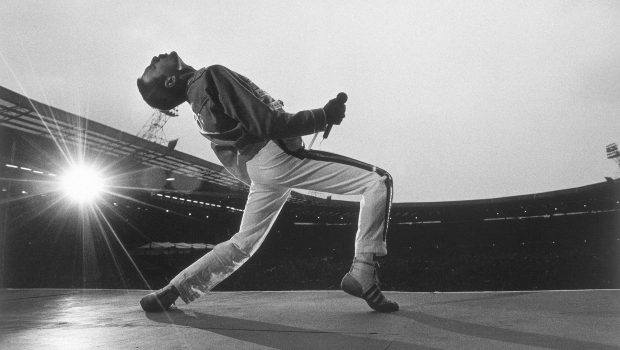 Music and sport don’t always go hand in hand. Back at school, for example, those who were in the band and those who were on the football team generally moved in quite different spheres. However, there are some songs that you immediately associate with being in the stands, on the bleachers or simply settling in front of the TV waiting for the sporting action to get underway.

Alan Parsons is the musician’s musician. The hugely talented instrumentalist, songwriter and engineer played a pivotal role in making Pink Floyd’s Dark Side of the Moon a reality. Yet his own significant catalog of work never achieved mainstream popularity outside central Europe. However, the opening track to his 1982 album Eye in the Sky is instantly recognizable to basketball fans as the theme tune for the Chicago Bulls and one Michael Jordan.

Ten guitar notes that send a shiver down the spine. The Chain is unusual for the fact that its instrumental section is far more recognizable than the lyrics, as it has been the soundtrack to Formula One coverage in the UK since the 1980s. When the theme was changed in the late 00s, there was such a public outcry that the BBC was forced to reinstate it. It’s one of the few Fleetwood Mac songs that is credited to all four band members, which is all the more surprising given that it was made at a time when their legendary in-fighting was at its peak.

During the short-lived World League of American Football, this 70s rock classic became an unlikely anthem for the London Monarchs. Trailing by more than 20 in the third quarter to the Barcelona Dragons, the Monarchs finally scored to at least get on the scoreboard. Even if this happened in present day, it would probably not send people hurrying to nj.unibet.com to back them to win. Still, the fans started to sing “All right now, baby it’s all right now” with a typical sense of British irony. The song became a regular feature, regardless of the team’s fortunes.

Survivor – Eye of the Tiger

Here, the influence might be in the big screen world of Rocky but that hasn’t stopped this from becoming one of the most inspirational and emotive sporting anthems. When coaches need their stars to reach for that mythical 110 percent, it’s really the only song to turn to. Survivor continue to tour to this day, but it’s fair to say that none of their other songs ever hit the heights of their 1982 classic.

Queen – We Will Rock You

If ever a band was made for the big sporting arena, it was Queen. Freddie Mercury’s Live Aid performance in 1984 was arguably the most electric in history, and it is no coincidence that it took place at the iconic Wembley Stadium. Freddie’s memory lives on in dozens of classics, but for sports fans, We Will Rock You has it all. A beat that’s conducive to clapped hands and stamped feet, paired with lyrics that are just made for sticking it to the opposing fans.