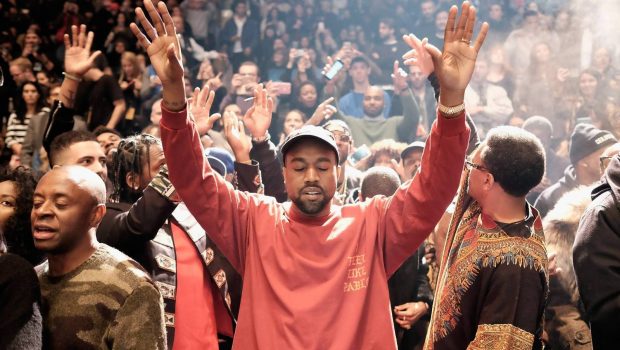 10 Of The Most Influential Rappers Of All Time

It has been said that “auteur theory” – the theory that posits a single individual is responsible for the creative “feel” of a project – is reductive. While that may indeed be true – after all, many people are usually involved in bringing a creative project to life, and they all leave their unique stamp – it’s undeniable that some forces, some presences, are more influential than others. Nowhere is this more true than in the world of hip-hop, where strong figures leave legacies imitated widely by pretenders and successors. Here, in no particular order, are 10 of the most influential rappers of all time.

Like Dr. Dre, Kanye West’s influence can be felt both in front of the mic and behind the producer’s desk. Unlike Dre, however, Kanye has a string of classic albums under his belt. My Beautiful Dark Twisted Fantasy is his undeniable opus, a huge, important work full of milestone production and irresistible lyrics. Ye might be a somewhat erratic figure, but his talent both as a rapper and a producer is irrefutable, as is his influence over the hip-hop game. The following detailed visual graphic from Betway shows off MBDTF’s influence as it continues today.

Eminem has said that his world “ended” when he first heard Naughty By Nature’s MC Treach deliver his multi-syllabic lines full of internal rhyme and clever wordplay. Thankfully, that’s not what Em did; instead, he upped his game and became one of the greatest rappers ever. His influence is visible on artists like Machine Gun Kelly (who Em has publicly feuded with), as well as NF, Macklemore, and plenty of others. If you want to know how influential Eminem is, consider this: he’s still selling records at 48.

Tupac brought a sensitivity and an intellectualism to gangster rap that made it cool to be smart. Songs like “Changes” and “Dear Mama” were heartfelt paeans to a world Tupac felt was changing quickly, while “Ambitionz az a Ridah” and “2 of Amerikaz Most Wanted” were gangsta jams that would have huge lasting impacts on the world of hip-hop as a whole. Gunned down far before his time, Tupac still inspires discussions on who committed the crime that led to his death to this day.

While Grandmaster Flash didn’t create the very first hip-hop song – that honour is widely attributed to The Sugarhill Gang’s “Rapper’s Delight” – his Furious Five delivered “The Message”, the first politically conscious hip-hop song and still one of the most enduring records in the genre to this day. Its refrain is iconic – “don’t push me/Cause I’m close to the edge” – and it’s a stark reminder that in the 1980s, Reagan’s supposedly prosperous America left many people behind.

Rakim’s influence on the game is perhaps a little less visible than his more vocal peers, but without Rakim, there would be no internal rhyme and no lyrical complexity in hip-hop. His 1987 record Paid In Full, made with DJ Eric B, featured dizzying sequences of rhymes and interlocking lines that are still astonishing to listen to today when considering the context in which they were written. Rakim’s still working today, too, having made a guest appearance on Busta Rhymes’ latest album.

For better or worse, Drake is a hugely influential figure in the rap game. He pioneered the “sad rap” genre, which arguably gave way to Soundcloud rap, a genre that has completely transformed the hip-hop landscape. Drake’s lyricism may occasionally leave a lot to be desired, but his work ethic and incredible championing of lesser-known artists make him a force to be reckoned with in the world of hip-hop. He’s also made guest appearances with artists like Kendrick Lamar.

Cardi B is making huge waves in the hip-hop scene, and for good reason. “WAP”, her unspeakably NSFW collaboration with Megan Thee Stallion (who may also deserve a place on this list), riled up enough people to give Cardi B a permanent place in history, but it’s not just that song she should be known for. She’s also a fantastic wordsmith in her own right. If the success of “WAP” doesn’t pave the way for more fiercely intelligent, funny female rappers, then we don’t know what will.

To Pimp a Butterfly alone should cement Lamar’s place on this list. It’s a dark, complex, intelligent work dissecting what it means to be black in modern America, and it features some of the most incredible lyrics ever committed to music. Lamar’s next move is watched by millions upon millions around the world, and the effect he’s had on the hip-hop world – to reintroduce lyricism and intellectualism to the mainstream – is still being felt to this day.

Some have said Nicki Minaj’s work is of varying quality. Those people are correct, but when she’s good, she’s very good indeed. When she releases “joke songs” like “Anaconda”, the world still sits up and takes notice, but it’s when she spits straight fire on songs like Kanye West’s “Monster” that she becomes a real force of nature. Her music has been imitated, but never bettered; she’s still a true original, an instantly recognizable presence in the hip-hop scene. 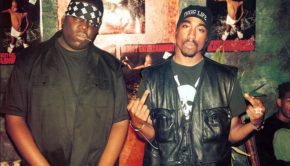